Things you should never do during a thunderstorm! Zoltan Csengeri's lightning safety page.

Although there are 500 tornadoes and at least 1 hurricane in the United States, lightning causes much more people's death than the wind storms mentioned before. In every minute, there are 2.000 thunderstorms on Earth and 30.000 lightning strike down to the ground.

How do thunderstorms develop?

Main sources of lightning are cumulonimbus clouds which are developed from the hot and humid air raising from the ground in the summer. Clouds can have infinite variations of shape but meteorolgy divides cloud formations in 3 categories: cirroform, stratiform and cumuliform clouds:

In the beginning, cumuliform clouds are flat from sides, but from below, they look like cotton. Their meteorological name is cumulus humilis.

In the cloud development, humidity, temperature and pressure play important roles. These clouds are made of tiny fluid water droplets. They have a very short life-cycle, they disappear 5 minutes after appearing.

If moisture of the air is raising and the upper atmosphere temperature is falling even more, cumulus clouds will tower to even higher altitudes, they become cumulus congestus. And something else will be happening: All of the clouds create their own flow system in the atmosphere. Huge vortices appear and these will sometimes weaken, sometimes strengten each other. The cumulus clouds are a very little visible parts of these vortices.

From this time, cloud development is supported not only the warm moist air updraft from the ground but by these vortices and even by the cloud development itself as well. Cloud development is condensation (the steam becomes fluid water) which releases latent heat and this additional heat make more air raising up. From this time clouds won't disappear, but a chain-reaction is beginning that supports clouds with even more heat and moisture from below. Below the cloud, air pressure lowers and people who staying there will experience effects similar to the warm fronts. This is the typical 'calm before a storm' period.

Looking up to the sky, you will see huge 'cauliflowers', columns of cumuli and thickened clouds. The storm is now about to break: one of the clouds is being launched with the speed of more than 100 km/h! 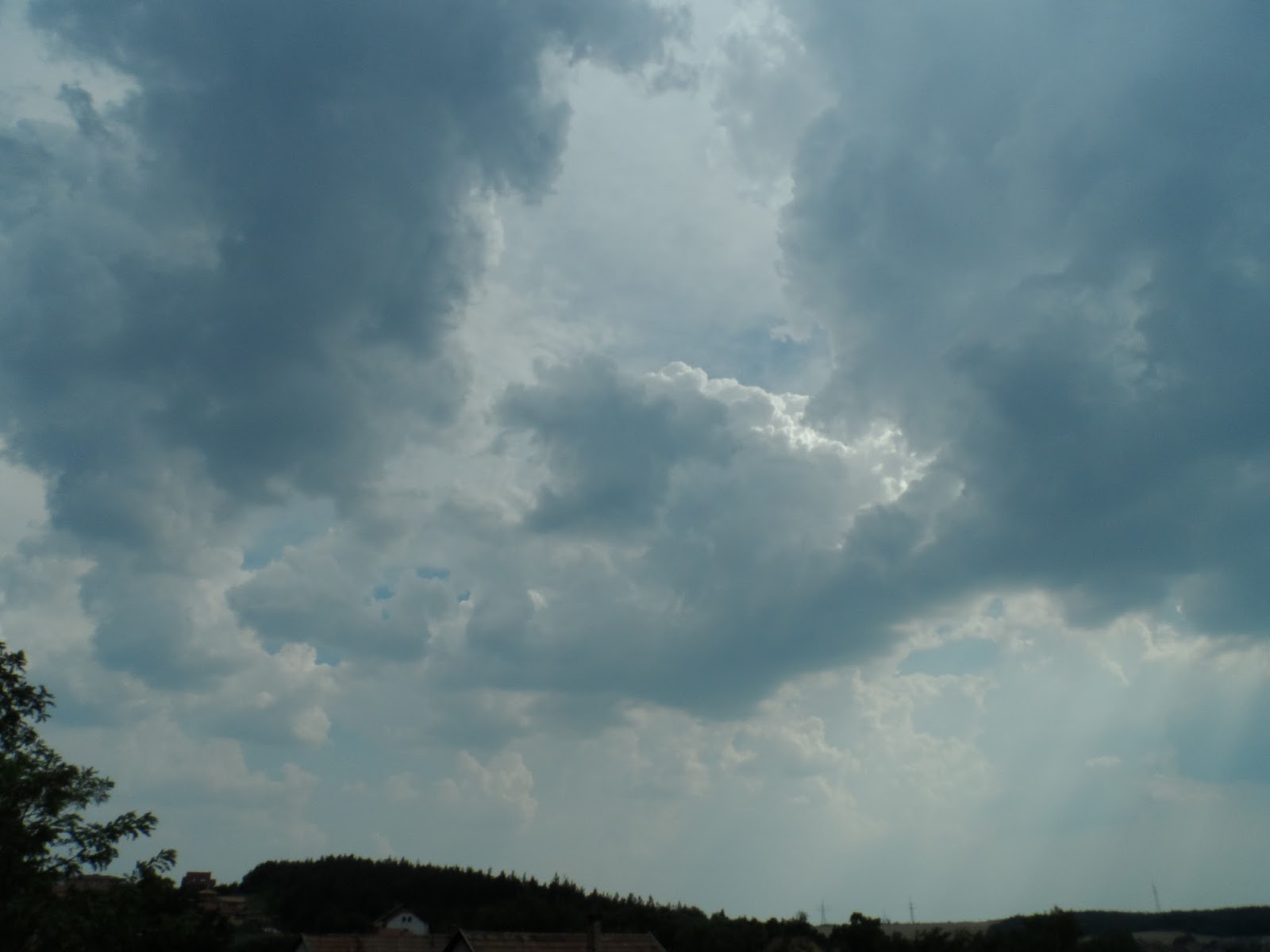 The top of the cloud hits the tropopauza and now contains ice crystals instead of water droplets. This is called now cumulonimbus, thunderstorm cloud

The top of the thunderstorm spread off in every direction. At first the cloud is shaped like a mushroom, later is shaped like an anvil. The ice particles inside the cloud will coheres to each other, becoming larger and larger until they fall into the updrafting water droplets. Hitting and rubbing each other makes they get electrically charged. Everything is ready to the lightning! You can read about the lightning here. Scientists still don't know exactly what the initial moment of the lightning strike is. Today, they say cosmic rays from star explosions (supernovas) are responsible for it. But in my opinion this theory can't explain lightning inside the 200-300 meters high volcano cloud columns!: http://www.youtube.com/watch?v=6gW-Txy8pmc

Before a long time, people 'forecasted' storms by observing animals, clouds and their own behaving. Today information technology, supercomputers can predict when and where will be storming for a couple of days. In Hungary, mostly used meteorology models are: AROME model of Hungarian Meteorology Service http://www.met.hu/idojaras/elorejelzes/modellek/AROME/, the Polish Unified Model: http://www.meteo.pl/, (forecast modell with 1.5 km details): http://maps.meteo.pl/), the German ALARO ZAMG modell: https://www.zamg.ac.at/cms/de/wetter/wetteranimation and the German WRF ARW: http://www.modellzentrale.de/WRF/index_en.php There are more forecasting models with smaller detail like GFS that can help predicting thunderstorm periods and massive storm-producing cold fronts: http://www.wetterzentrale.de/topkarten/fsavneur.html

Although the modern technology and reliable weather forecasts, there are still 1.000 people suffering lightning strikes in a year and half of these accidents ends in death! In most cases victims die because their heart stops working or they drown due to sudden muscle cramps. These accidents could have been avoided by watching themselves, knowing what not to do in a storm and not following always the bad old habits! Lightning photos and thunderstorm videos actually tell you the most dangerous periods and parts of thunderstorms: Most lightning strike near the edge of rainfall but at the earlier stages of the storm, lightning strikes from the every part of the cloud! So, all in all, if you can hear thunder, the storm is dangerously close to you!

There are many activities you do day by day that are as dangerous as standing an alone and tall tree in a thunderstorm! I highlighted these with bold letters 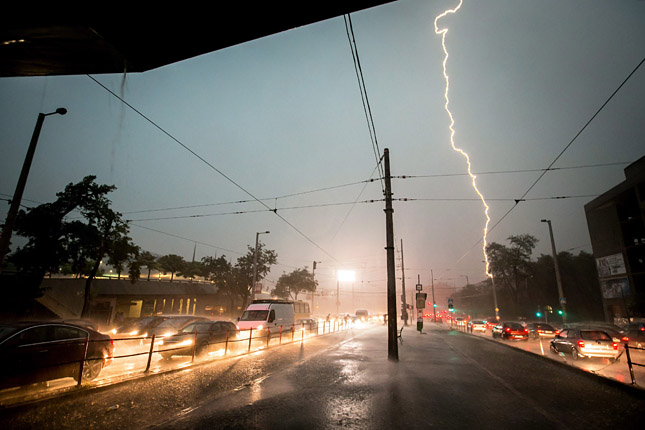 What to do when someone has been struck by lightning?

Lichtenberg-figures will be permamently on the victims' skins after lightning strikes.

Lightning strikes (and even other kind of electric accidents) can give scientificly unexplained abilities to the victims. There are cases when people 'healed' injuries suffered from an earlier accidents: Edwin W Robinson lost his sight and hearing in a car accident, but after a lightning strike, he can see and hear again! Physicist György Egely told that one of his own job interviewees suffered electric shock. And after the shock his conscious could leave his body and enter there again as many times as he wanted.